The Gmail Effect: Making the Case for Social Media Promotion 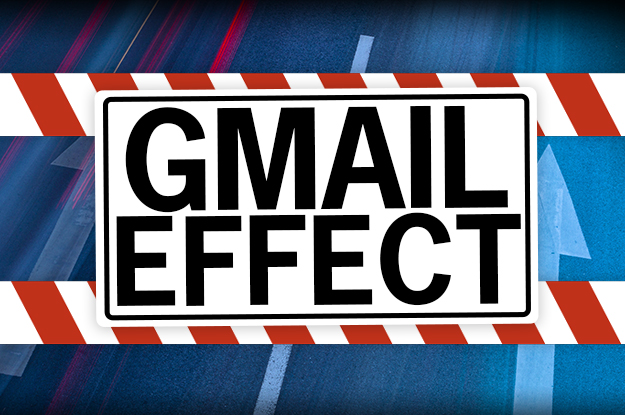 As if email marketers don't have it hard enough keeping up with segmentation and automation, now they're faced with over 1 billion people using a Gmail that filters out brand-generated emails into a tab called "Promotions". It's the equivalent of a display ad running on a web page that only gets 10 visits a day – or a political candidate whose position is at the very bottom of the ballot. Unless your email lands in the "Primary" tab, it's effectively reached a dead end.

This type of Inbox filtering is not new – it’s been a part of Gmail for quite some time. But it's a default setting that a large majority of users won't take the time to customize or change. So it leads me to wonder if marketers are picking up on this "Gmail effect" in the Inbox.

Gmail is taking it a step further now, allowing users to "Gmailify" their email addresses from other providers like Yahoo! Mail or Hotmail/Outlook.com. This gives them the option to experience emails classically served by competitor clients with all of the Inbox features of Gmail. Thus, the Gmail footprint grows larger. And more Inboxes are sliced and diced based on Gmail's filtering.

All this said, email marketing will surely live on. It's hard to predict its true life expectancy, especially in a time when so many people claim they don't like email and are overburdened by it. For Gen-Xrs, it's a habit that will die especially hard. But for marketers in both the B2C and B2B spaces, it's another reason to expand their channel horizons and start testing more targeted social media content and promotions.

The latest statistics from Facebook tell us that users average more than 50 minutes per day in their suite of apps (Facebook, Messenger, Instagram). That's plenty of time to serve up a relevant post based on history and interests – whether you're an insurance company, a cloud technology vendor or a corner deli. And while there are ways for users to alter advertising settings in their social media feeds and block ads, few actually do it. Most users have come to expect branded, promoted content in their social feed – which leads to engagement if the content is hyper-relevant to their likes and passions.

Whether your brand is looking to drive awareness around a new product, increase traffic back to your owned web presence, or influence the buying decision, micro-targeted impressions on social media can give you a similar bang for your buck to an email campaign. Add to it the visual-first nature of social media, and you're in a prime position to make an even better first (or just-in-time) impression.

Email's loss is positioned to be social media's gain.