It was only a matter of time until the trendy wearable tech we use to monitor our daily activities started to impact our shopping carts. Just as Philosopher Alain de Lille is quoted as saying that, "one thousand roads lead men forever to Rome," so do one thousand Fitbits and Jawbones lead companies in the healthcare industry to better consumer insight data. In this case, though, the consumer is actually benefiting, and you can too.

I have been wearing a Fitbit since June 18, 2013 (because it knows) and it remembers how many steps I’ve taken every minute of every day since then, plus several consultations worth of physical data and vitals. All of this is considered Big Data. In 2012, the market for wearable technology reached $8.5 Billion and it is predicted by HIS Inc. that by 2019 over 230 Million devices will have sold, earning $32 Billion in revenue.  All of this wearable tech records a new cache of consumer information companies and researchers would love to get their hands on. That’s not a surprise, but what does surprise me is that my Pharmacy also wanted the details from my Fitbit.

I’m a member of Walgreen’s loyalty card program, branded “Balance Rewards;” you need to be a member to get the “discounts” and points (free money). What separates this from typical loyalty programs is that Walgreens will give me points on my card for all the steps that my Fitbit records throughout the day.  The cache of data on my wrist can be converted to real cash in my pocket!

Here's how it works

It starts with giving Walgreens access to Fitbit. So, I login to my Walgreens account and through a Fitbit interface, the convenient API that exposes its data to Walgreens, I confirm my Fitbit credentials and voila! Walgreens gives me 250 points for signing up and each month downloads my steps from Fitbit and gives me 20 points per mile.

Fitbit founder James Park noted previously in an interview that Fitbit users were walking an average of 6000 steps per day, which amounts to 3 miles, a potential 90 miles per month. At the going rate this would generate an active loyalty card member just under 2000 points in a given month. Every 5000 points is worth $5, redeemable for Walgreens purchases. Walgreens introduced Fitbit integration in June 2013 but didn’t stop there.  Walgreens now provides other points for daily weigh-ins and rewards tasks completed on other types of devices.

Walgreens has produced a number of interfaces for Wearables, Mobile Apps, and other devices to collect your statistics. Currently, they have connections to 16 Mobile Apps on Android and Apple and 32 Devices in the Health and Lifestyle category. Users can link multiple devices to their accounts and earn respective rewards. They even award you “badges” similar to other health oriented Apps that give you bragging rights on Social Media, if you’re into that sort of thing.

Walgreens is currently the leader by Rx sales in national drug store chains. In terms of rewards programs that integrate with wearable tech, none of the other pharmaceutical chains have followed suite, but I suspect they will. There is too much value in this consumer data to pass up. These devices and Apps know an enormous amount about our personal health statistics, and consumers are willing to share that data for a price. But the story doesn’t stop there - someone else wants your data.

The popular website and self-proclaimed “Symptom Checker” WebMD has taken steps toward capturing your data too.  In June 2014 WebMD marked the launch of their App called “Healthy Target,” which provided an opportunity for customers to set goals where WebMD would provide information, inspiration, and motivation to achieve these goals. Simultaneously, WebMD announced its data integration with Fitbit and other personal health tracking devices. Over time, the number of integrations increased and the site now advertises that it has integrated into over 30 Apps including the iPhone’s Health Kit, a data exchange hub on the iPhone devices. Though primarily a heath research and publication company, WebMD now boasts as the largest health App on the market.

Fast forward a year later. This August, Walgreens announced that it has partnered with WebMD. Via their App, Walgreens now integrates with WebMD’s Healthy Target, though Walgreens has rebranded the tool as “Digital Health Advisor, powered by WebMD.” The company has been aggressively advertising its new feature to its members, no doubt an attempt to promote the Walgreens App as the ‘one stop shop’ for health and fitness. Efforts like these are raising more questions about the future of wearable tech data and which companies are interested in analyzing, integrating, or even purchasing this information.

A Big Deal for Big Data

Big Data can be defined as the mixture of structured and unstructured data from multiple sources in enormous volume, too large to analyze with traditional tools. To add to the complexity, many of the data sets are interdisciplinary, having had the individual sources “married” together to show patterns or theoretically provide new insight. In the case of wearable tech and Walgreens, the data is being exchanged between companies, and the insight then used to provide a service. These transactions are not yet governed by any emerging standards, nor are the data sets themselves.

Traditionally, researchers used self-reporting surveys, which were highly inaccurate, to record physiological data like calorie burn, daily activity, and sleep patterns. Wearable tech has revolutionized this process by removing the human element, reporting on precisely the correct data as it records throughout the day. For years, teaching and research hospitals and sites like WebMD have been utilizing existing survey data to perform predictive analysis and gaining consumer insights.  The wearable tech revolution has opened the proverbial flood gates, and for the first time unprecedented levels of accurate physiological data have become available.

Consumer health Big Data is an untapped treasure trove for interested companies. If researchers began coupling the physiological data with other types of data like socioeconomic data or consumer healthcare statistics, they could quickly find themselves answering questions about the effects of lifestyles previously impossible. Questions like, “does sleep impact health or economic situation?” or, “How much should we be walking each day compared to the Fitbit’s 10,000 step default setting?” Similarly, insurance companies could leverage this kind of information to make controversial risk analysis decisions. Daily behavior combined with medical history, minding the legal barriers, would be invaluable for risk aversion.

Take a moment to think about the scale of the sample size. If projections are correct and before the end of the decade the estimated 230 million devices find their way onto the wrists of consumers, Fitbit and consumer health tech companies could perform comparative analysis and discover health trends related to human lifestyle on a scale greater and over a series of time longer than any before.

Knowing this, it feels a lot less like a bracelet glued to a pedometer with an electric prodder.  Shouldn’t I be getting more money for my data?

Personally, wearing a Fitbit has changed my daily health decisions for the better. And, I admit, it has also made me a little compulsive. I check on my step count several times a day and I’m obsessed about being on the top of the chart with my Fitbit friends. My friends, family, and I compete each weekend in the “Weekend Warrior.” In rare cases this has required jumping on the treadmill at 10pm to assure I reach my daily goal. I won’t even go to the bathroom without it on, because that’s wasting steps! It has to be charged at all times, especially Friday night in preparation for the Weekend Warrior challenge. No excuses!

The clear value here is that companies have found a way to engage my likeminded, consumer counterparts and turn our proactive engagement with health and lifestyle trends via wearable tech into an opportunity to save where we shop. Not only this, but the program adds tangible reward and a sense of achievement to personal goal setting. Walgreens is clearly a leader in the area where wearable tech meets rewards, their partnership with WebMD only increasing the value of the service they provide. The trend has now been set and it will be interesting to watch the next industries use and make sense of this big, big data. 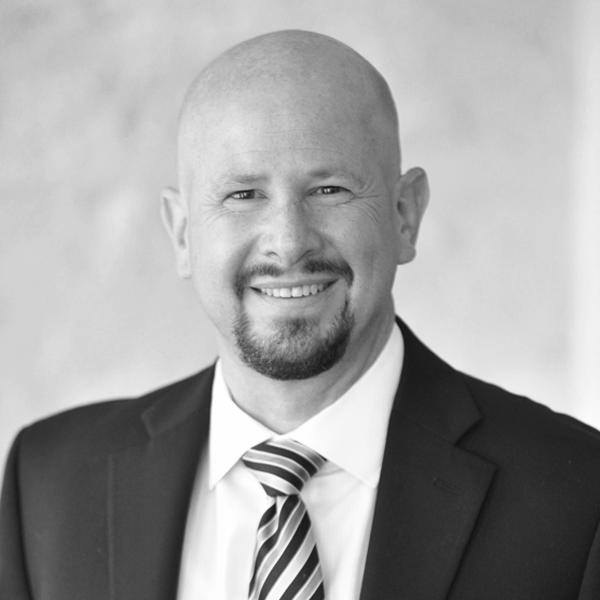 Primus has over 30 years of experience in information technology. He has guided digital development teams and managed vendors for clients ranging from small startups to large corporations. He has significant experience with the pharmaceutical industry and regulations, including building direct-to-consumer (DTC) websites for top pharma brands. Primus also has provided technical strategy to a number of hospital systems and healthcare innovation centers in the Northeast region.

Trellist is a professional services firm delivering performance-driven business solutions that are flexible, innovative and optimized to maximize efficiency and return. The firm consults on, and integrates, data with marketing, design, technology and digital services for clients at the global, national and regional level. Trellist utilizes a unique approach to business—from the firm’s employee-shared structure, to how it partners with its clients.

Let us know what challenges your business is facing, and we can discuss solutions to help you reach your goals. Fill out the form below to start the conversation.