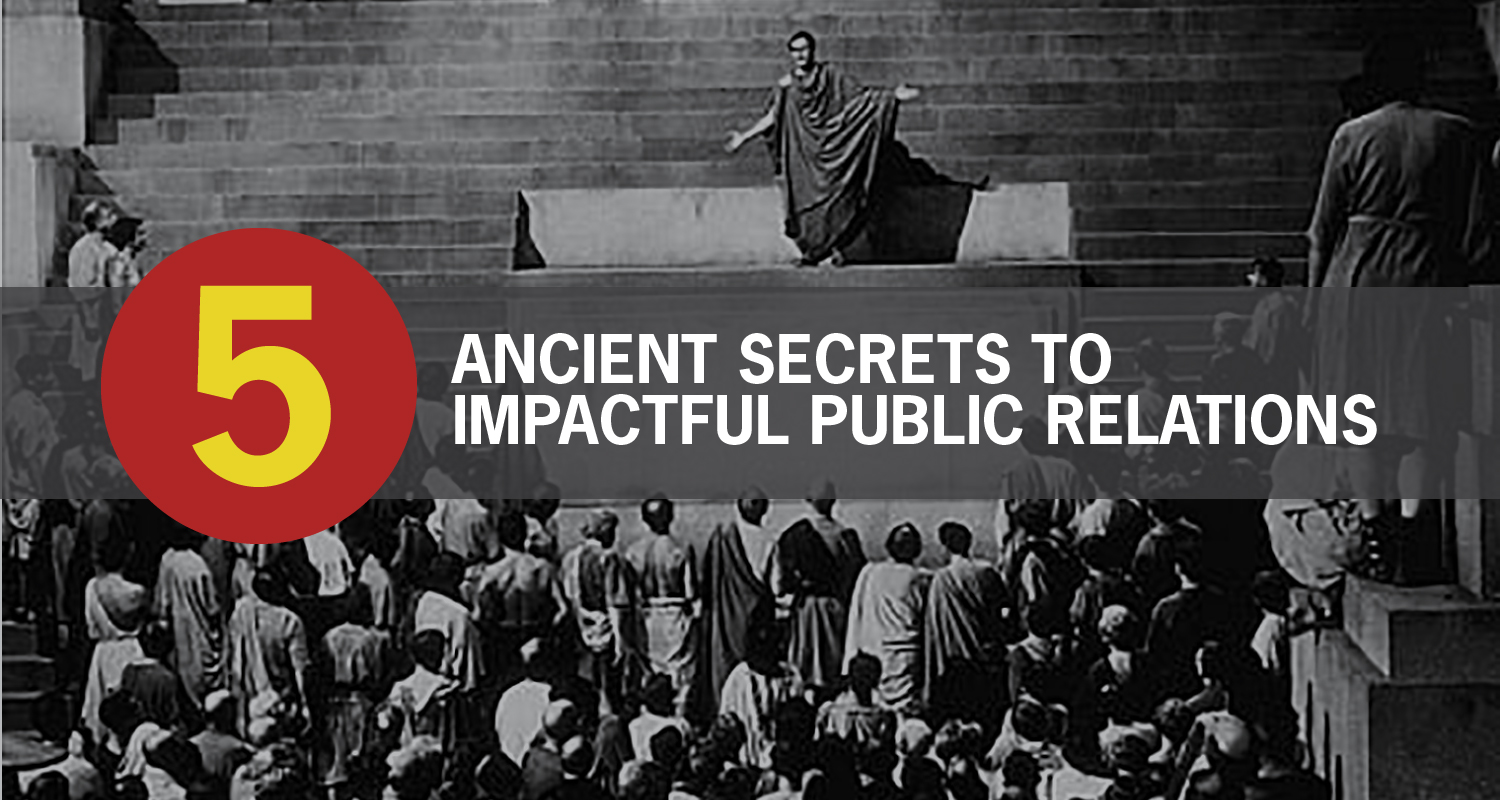 The practice of public relations is not what it used to be. In the past, great care and effort went into wordsmithing and pitch development. For example, when Julius Caesar handwrote his compelling pitch in 50 B.C., his vivid portrayal of military exploits convinced the people of Rome that he was the best candidate for head of state. And when Cleopatra combined her fluent command of the Egyptian language and mathematics as a communications tactic, she improved relationships and restored economic stability in ancient Egypt. Today, the tides have changed as digital public relations professionals attempt to recreate this dynamic.

In 2015, news can be spread further, faster, and more directly than any other time in history. The digital revolution – even over the past decade alone – has forever altered the practice of public relations. While some have yet to embrace the new rules of digital outreach, others have lost sight of the time-tested art of engagement that has been on display since antiquity. Perhaps the ability to strum the chords of human emotion through words and execution has gotten lost in the tombs of digital technology.

If you dig deep enough, you’ll find some interesting clues from the past that mirror what an effective public relations strategy should look like today. Want proof? Below are five essentials to successful public relations efforts that began in ancient times.

Establishing Your Point of View


In Greece, during the 5th Century BC, the Sophists were among the first to establish the idea of a point-of-view (POV). Sophists used philosophy and rhetoric to teach excellence to young statesmen and nobility. Some believed to have the answer to any question. Today, we define POV as an outward-looking view of an industry. We may not have all the answers, but with the increasing number of highly-circulated news outlets, opportunities for media inclusion are everywhere – and the audiences are everywhere. But, in order to take advantage of this environment, you must have a POV that speaks to multiple media targets across a variety of digital and traditional outlets. The Sophists certainly had a distinct POV on a number of issues facing mankind. But today, your stance on important issues and challenges affecting your industry is critical; it sets the tone for every media opportunity, speaking engagement and self-authored publication. After time, it becomes infused with your brand.

Perhaps one of the biggest voids afflicting today’s marketer is the inability to persuade. Aristotle was a master at persuasive communications – particularly in his ability to develop compelling arguments. Every communication succeeds by its ability to inspire devotion in others. From the dawn of language to today’s ultra-fast technology culture, words have always mattered. But today, many public relations professionals have replaced persuasive arguments with messages that go to everyone but reach no one. We have the ability change the entire mood of a nation through words. They are powerful and often misused.

Julius Caesar created the first public newsletter for citizens that featured fascinating stories about his military and political victories.  In Peter Guber's book, Tell to Win, he discusses how storytelling will always be about the ooh’s and aah’s, not the 0’s and 1’s. According to Gruber, stories have always been igniters of action, moving people to do things. But only recently has it become clear that purposeful stories - those created with a specific mission in mind - are absolutely essential in persuading others to support a vision, dream or cause.

3rd Century BC philosopher Socrates believed in the “No Spin Zone” and that communications should be based on true accounts. Whether it’s rising competition for content placement or yoga-like flexibility with truth-bending tactics, public relations experts are often forced into a dark corner between authenticity and fabrication. Today, traditional “spin doctoring” is being eviscerated by a more open and transparent approach to marketing aimed at building trust in an increasingly complex digital world. If you lie, you will be found out. Establishing an environment of open public feedback and response is the new evolution of public relations.

Getting Intimate with Your Target Audience

During the late 25th century BC, Ptahhotep – an ancient Egyptian official and author – believed in targeting the specific interests of the audience. Today that translates into understanding your media channel’s target readership. Whether the goal is to be a part of a dialogue that potential customers are reading or to deliver a more controlled message through a third party publication, you need to know your target in an intimate way. The reality is that a large percentage of your media coverage may have little value to the end user because it’s more promotional than it is helpful.

Through the course of time and with the advent of sophisticated online communications, one thing remains certain: we can all learn a thing or two from the past. When it comes to public relations, it’s more important than ever that we reach back before we pull forward.

Want to explore more on PR, contact us at brandingandmarketing@trellist.com.