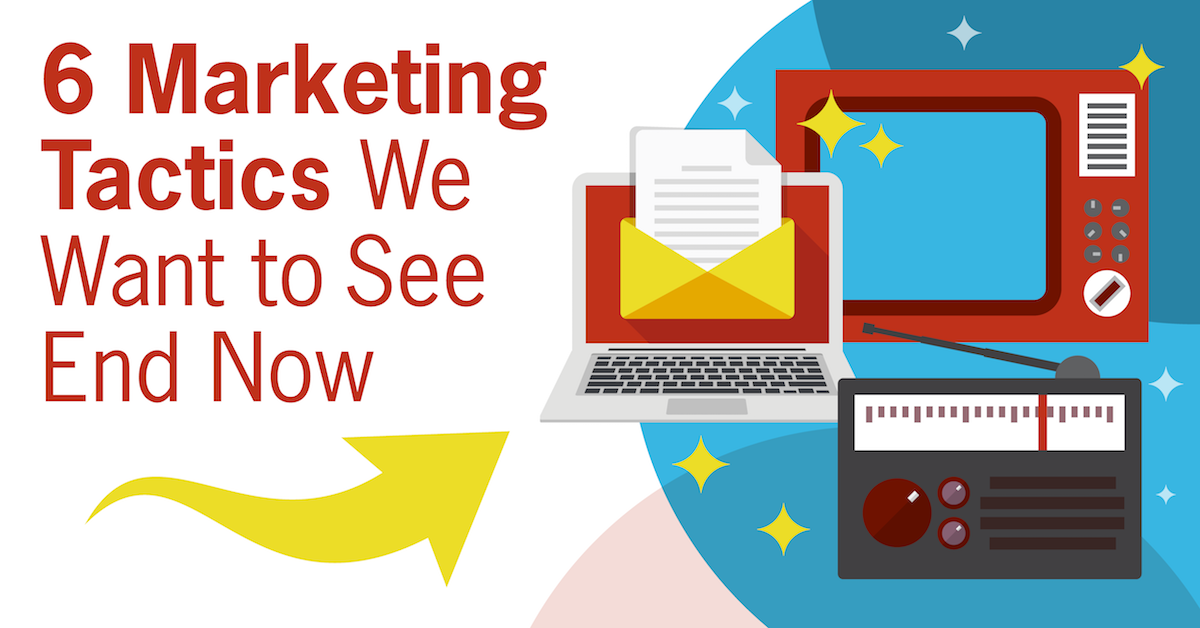 Have you ever rolled your eyes at the implausibility of a bombastic radio commercial? Or thought, “Wow! That’s just awful,” while watching a TV spot or reading a piece of mail? You’re not alone.

“I was already unsure about the concept of a commercial to promote your commercial that some brands have started doing for their Super Bowl ads,” Chris says. “But the new trend of teaser trailer before a movie trailer takes it to the next level. When a big movie releases its first trailer, it’s now preceded by or starts with a five-second ‘preview of the preview’ just so you know exactly what it is before having to watch the full two-minute trailer. Every major franchise is doing it.”

Chris laments this interference with the natural progression of such things. “I understand that you need to capture attention instantly in the social media age. But this is just a pointless exercise to me. It eliminates one of the greatest things about a trailer – the buildup. Let the story unfold and then pay it off at the end of the trailer, to leave me excited for the actual product – the movie.”

Wil thinks a lot of businesses miss the bigger possibilities that social media offers when compared with traditional advertising. “Personally, I believe a ton of opportunity is left on the table when marketers look at social as a space for paid media only. They are leaving out the opportunity to build and nurture potential and current customers in a real community. Social paid media is clearly a big deal, but social media can touch nearly every part of the business, and shouldn’t be looked at simply as the one-way conversation that advertising is.” Wil makes another thought-provoking point: “What are you going to do when people begin to engage with your ads? How do you support your community beyond your initial response to their comment?”

Neil is not a fan of the “contrition commercials” that have become ubiquitous lately in today’s advertising landscape. “Recently I saw a bank, a car service, and a social network all run TV ads within the same commercial break that were basically apology ads with the ‘but we’re past that now and we’re going to come out of this stronger’ angle,” he says. “It shows that business ethics should be considered at all times and well before it gets to that level.”

Pre-recorded message telemarketing bothers Holly the most: “For me, it’s the worst.” She also finds radio advertising that uses adults to portray children cloying and dislikes “when someone says ‘smart’ to describe something that’s supposed to encourage me, like ‘Smart Marketers’ or ‘Smart Investors.’” Holly finds this to be the opposite of smart.

Joe is all for celebrating — but thinks that maybe not everything should be a sales opportunity. “Holiday sale emails for every holiday get to me. ‘It’s a Flag Day flash sale!’”

For me, there’s one guy that takes the cake. If you’ve watched TV or listened to the radio since the mid-2000s, then chances are you’ve experienced the “Dumb Dad” phenomena. This perpetually befuddled stock character has appeared in scores of commercials for products such as charcoal, laundry detergent and many, many others. Simply type “Dumb Dad” into YouTube and watch as tens of thousands of results appear. You’ve seen him in sitcoms and films too. In fact, this representation has become so prevalent that a few years ago an advocacy group protested the portrayal of fathers in a Huggies Diapers TV commercial. Surprisingly, the commercial was then re-edited to become a more positive portrayal of fathers. Bottom line? It’s high time we retire this guy.

These are just a few of the overused tactics that have gotten under the skin of some of the veteran marketers here at Trellist. But there are scores more that can render your marketing ineffective and unoriginal.

Stand out from your competition with insightful marketing strategies and tailored campaigns. Contact the Trellist team at brandingmarketing@trellist.com.